Joe Tracini in Coming of Age 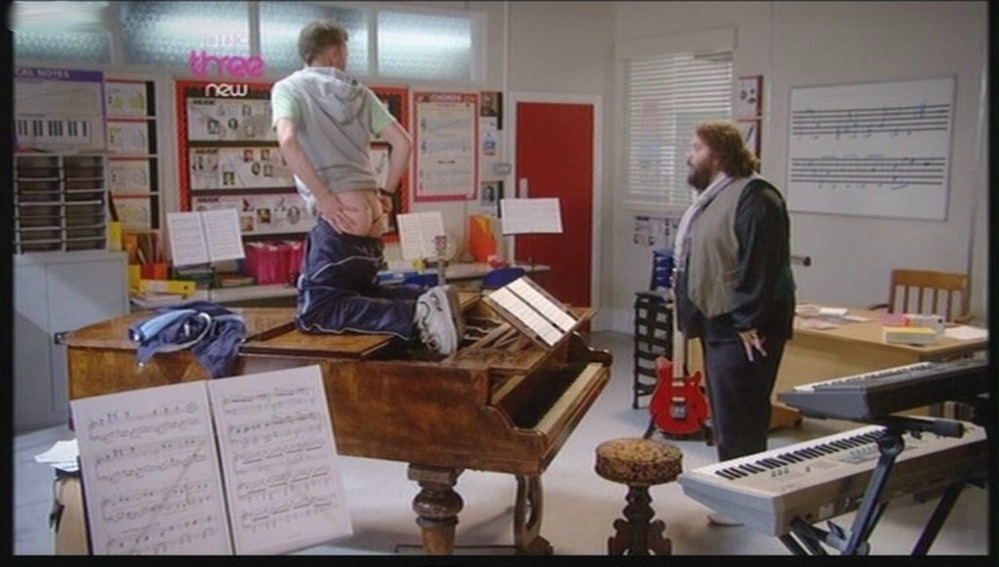 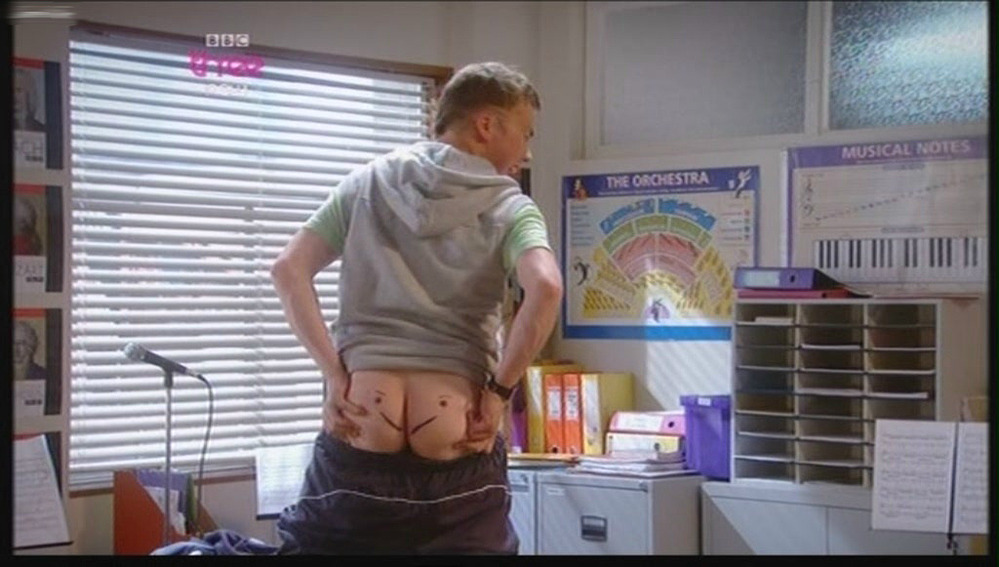 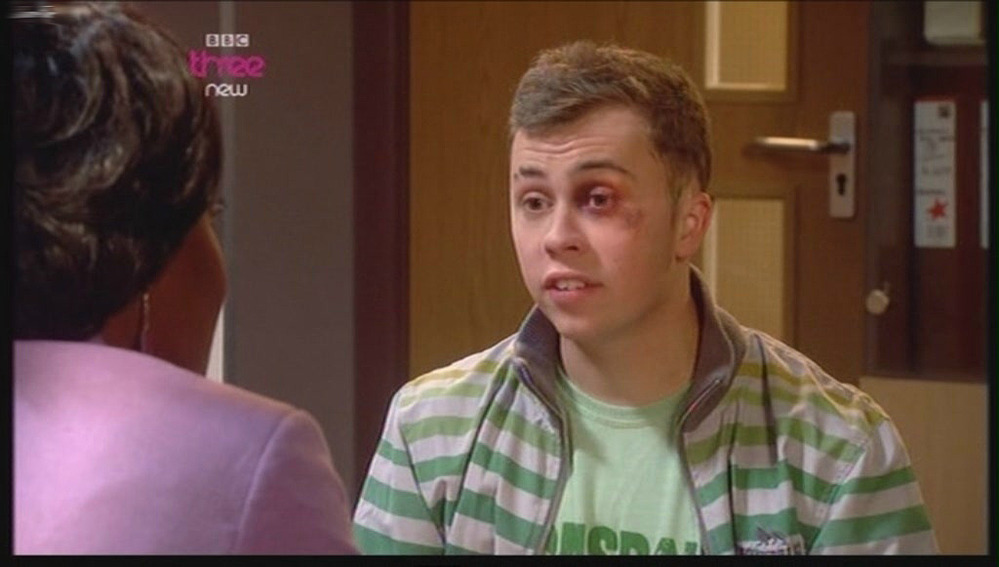 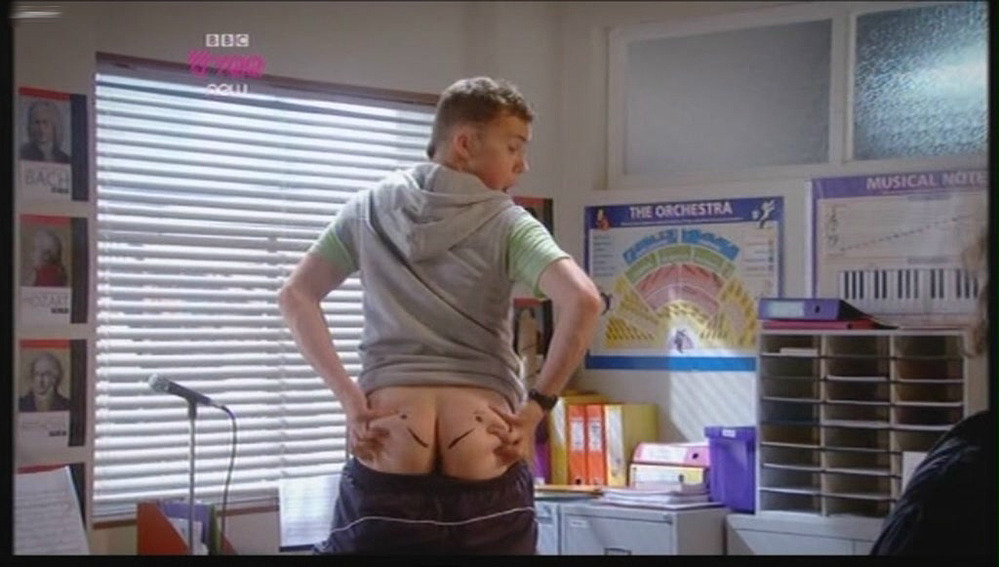 Joe Tracini, the little-known British male celebrity who is best known for his role in the comedy series “Coming of Age”. Playing Darren Karrimor in this sitcom he made the multimillion audiences laugh, especially when he appeared with his naked butt in the music class and stuck the slide whistle in his ass to annoy the teacher of music. This witty character exposes his young soft buttocks with a drawn smile on them, and although he is behaving like a fool, his jokes still set laughing.